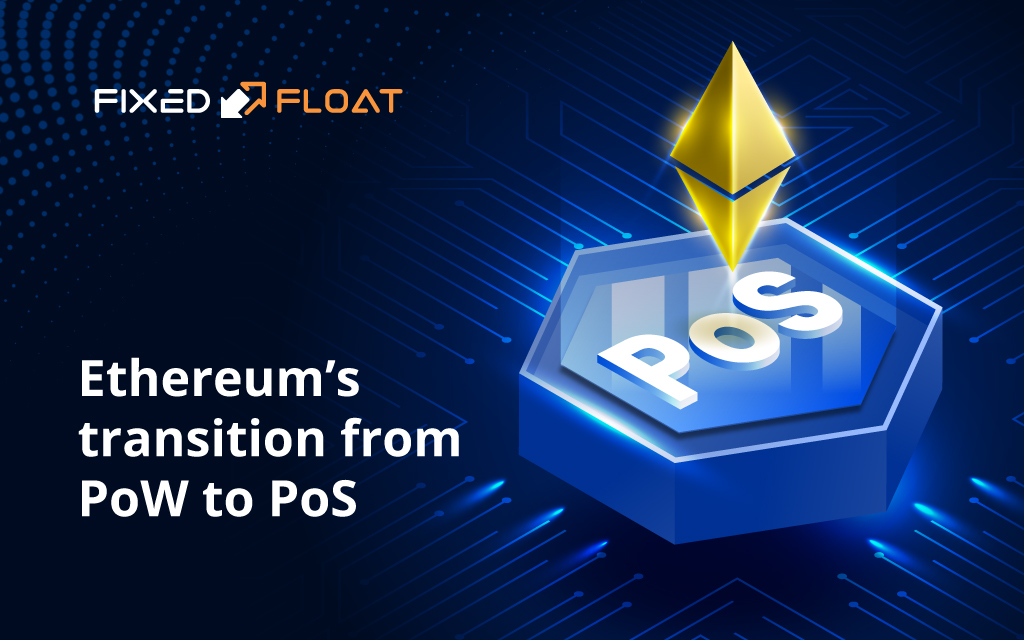 After more than seven years of preparation, accompanied by updates, failures and successes, the crypto space was overwhelmed with excitement last week on Thursday when Ethereum successfully implemented one of the most anticipated and ambitious updates in the crypto community. The merger, which combined the Beacon chain Ethereum with the main network using the Proof of Stake consensus mechanism to verify transactions, transferred the Ethereum network from the Proof of Work algorithm to Proof of Stake. The event became very significant in the community and attracted the attention of many people.

To understand the motivation behind the transition of Ethereum to PoS, first it is worth considering a brief idea of the design and operation of the PoW consensus mechanism.

Blockchain technologies create decentralized that eliminate the need for centralized, individual, or company control. Rather than place the power of decision making in a single individual of enterprise, blockchain achieves control through a multiple node (Nodes computer systems that run the blockchain protocol software and archives the history of transactions) mechanism in a peer-to-peer interaction. To reach a decision, the entire interacting systems must reach a unanimous or common consensus which means a collective agreement to proceed. Blockchains achieve decision-making through a consensus mechanism which is often built into the architecture of the network.

Why Ethereum is switching to Proof of Stake?

Seven years later, Ethereum has shown growth. With the second largest market cap and most vibrant DeFi and NFT ecosystems resulting in over 1.15 million transactions per day (peaked at 1.717 million in May 2021) and a very low Transaction Per Second at 15 TPS, the network demands increasingly massive computational power for transaction authentication and to keep up with the continued expansion of its ecosystem. Thus, Ethereum's need for energy resulting from the use of the PoW consensus mechanism makes the network one of the most environmentally unfavorable blockchains.

A single Ethereum transaction consumes more than 200 kWh of electricity per transaction compared to 30 kWh per day consumed by a typical US household. Besides its vast energy consumption, there is frequent congestion resulting in competitive gas fees caused by the exponential growth of the network compared to its arithmetic increase in computational power. This makes the PoW consensus mechanism energy inefficient and difficult to scale. Unlike PoW, the Proof-of-Stake consensus mechanism requires validators to stake their capital into designated Ethereum smart contracts to earn a spot as validators in the Ethereum network. These validators create new blocks and authenticate transactions on the network. The Staked ETH often acts as collateral and a pledge of good faith by the validator to abide by best practices that ensure the network's security or lose their staked assets. PoS consensus mechanism renders the need for colossal mining energy-intensive hardware obsolete, thus, reducing energy consumption significantly. This was one of the main reasons for the transition of Ethereum to PoS.

The reaction of the crypto community to the update

Vitalik Buterin considers the development of Ethereum completed only by 55% after the Merger. ETH 2.0 is slated to undergo further upgrades such as the Surge, Verge Purge, and Splurge. These upgrades are crucial to network capacity expansion and scalability, with the promises of increased network speed and significant reduction of on-chain transaction fees. In the weeks before the Merge, the crypto community, excited about the prospects of ETH 2.0, anticipated the immediate riddance of high transaction fees, network congestions, and improved network speed. The Ethereum development team quickly clarified that little or no change will immediately follow the Merge. The Development team reiterated that the Merge is simply a change of the network’s consensus mechanism.

Not all members of the community have accepted Mergers favorably. For example, Nick Payton questioned the status of Ethereum, saying that voting on changes in the network makes it a security. Like Peyton, Jimmy Song drew attention to the decentralization of the consensus mechanism, stating that the transition of Ethereum to PoS does not eliminate its problems. Many miners also do not approve of the Merger. This is because the Merge will leave miners redundant as it replaces miners with stakers, eliminating the need for mining infrastructures. It's safe to say that Miners are not happy with the process. According to researchers from Arcane Research, over the past 2 years, Ethereum network miners have earned ETH worth about $30 billion.

Critics of centralization condemn that staking requires a minimum of 32 ETH worth about $42,000. Their argument is that only large investors would profit from this opportunity. According to a Messari report, 70% of the staking capacity is controlled by 8 large entities. The report adds that a substantial part of these assets belongs to private individuals who staked their assets via crypto exchange staking pools.

Consequences of Ethereum's transition to PoS

On September 15, Ethereum merged the Beacon chain with the main Ethereum network, transferring the network from PoW to PoS. Supporters of the upgrade are proud to note that the transition will ensure a 99.9% reduction in energy consumption. The merger also laid the foundation for subsequent updates to improve network scalability.

In turn, the SEC noted that 40% of Ethereum nodes are grouped in the USA. The regulator believes that this permits the application of US laws in relation to ETH.

Those who expected positive changes in the exchange rate after the update were disappointed. The event did not lead to a strong increase in the price of the coin. But it is worth noting that now the cryptocurrency market as a whole is experiencing difficulties. According to experts, from a technical point of view, there have also been no significant changes.