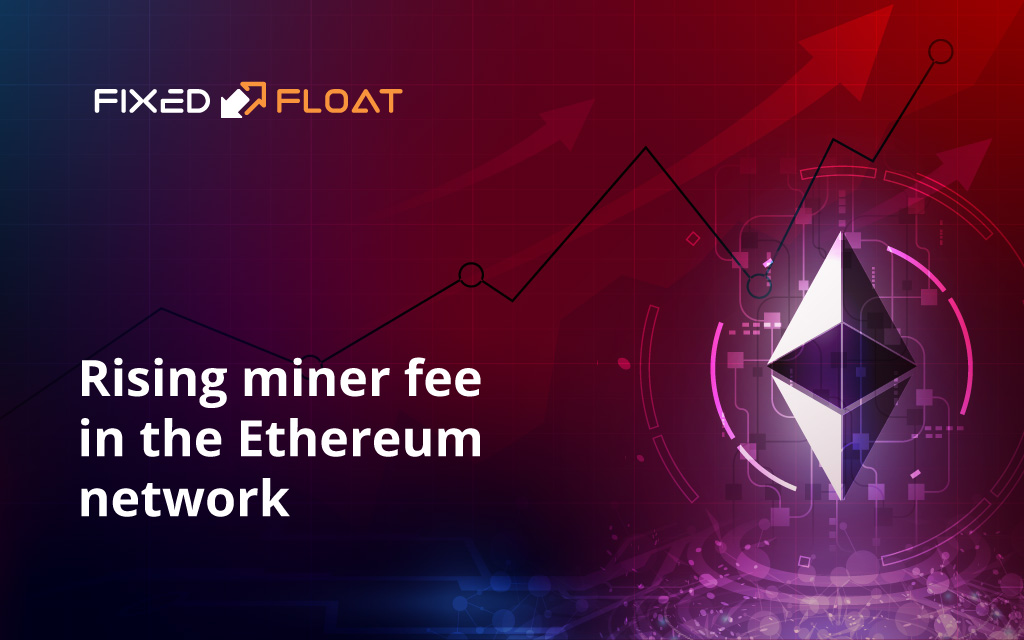 The demand for Ethereum transactions continues to grow day by day due to the creation of new decentralized services and ETH-based tokens. Because of this, there is an unprecedented increase in fee on the network. Transaction fees have hit a peak not seen since the network started. The problem is spiraling out of control, but there is still no quick and clear solution. But if this causes discomfort for users, since they have to pay large fees, then miners earn money on this.

What is Miner fee?

Miner fee is a fee for miners to process a transaction. In the Ethereum network, charging is provided for performing any actions — transferring funds, performing functions provided for by smart contracts, transferring tokens, etc. The payout is credited to the miner who first created the block.
Our exchanger takes into account two fees — our fee and the miner fee. These fees are included in the exchange rate.

GAS is a unit used to indicate the amount of fee for a certain computational action. The GAS price represents the amount of ETH you are willing to spend for each unit of gas. It is measured in "Gwei". The more you set the price for GAS, the higher the priority of your transaction, and the faster it will go through.

How is GAS calculated?

It is very difficult to calculate the exact amount of ETH to send a transaction. If you want to send tokens on the ETH blockchain, you must have ETH on your balance to pay the fee. It is necessary for the amount of ETH on the wallet to be slightly higher than the average fee on the network at the moment. The average commission can be estimated using the Blockchair analytical service.

It is worth noting that for smart contracts, the cost per fee is higher than for regular transactions on the ETH network. Decentralized finance (DeFi) runs on smart contracts, which is why the cost of their fee also depends on the network load. Recently, this dependence has been especially noticeable — the ETH network is heavily loaded, fees have grown significantly.

Rising fees in the Ethereum 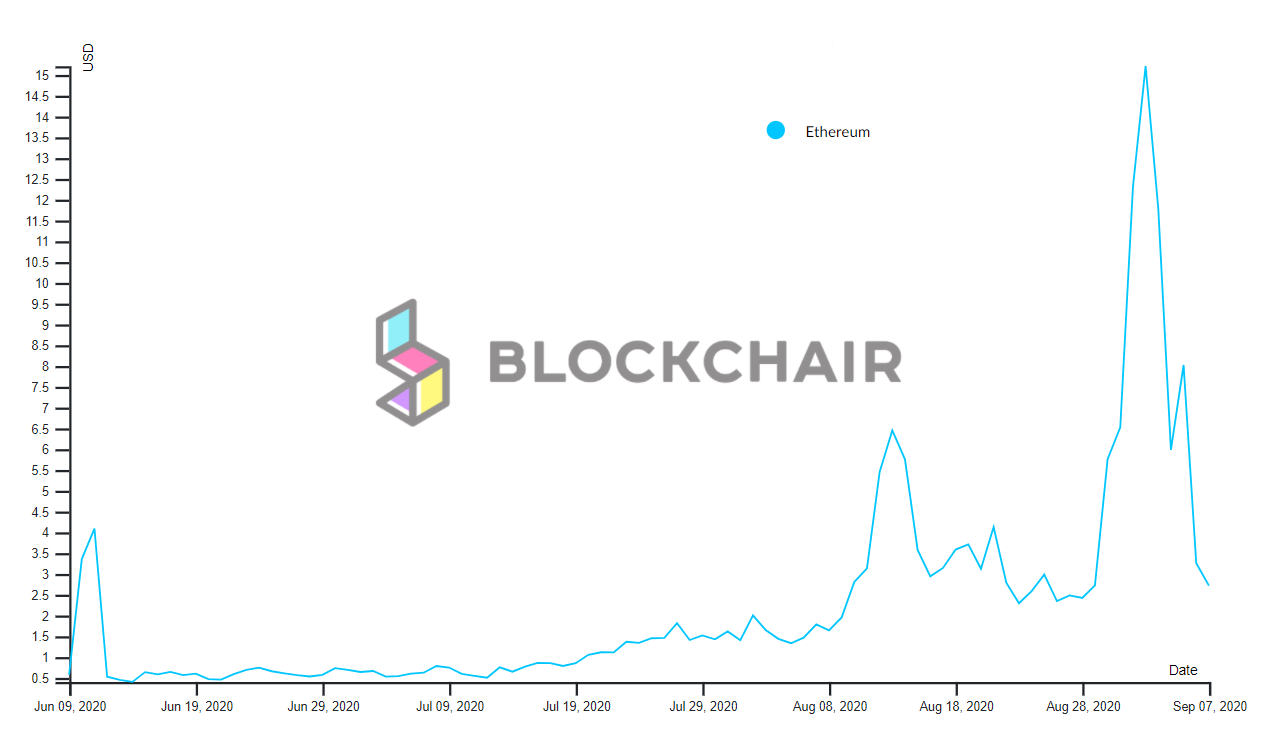 The fees charged for transactions made on the Ethereum network are growing at a very fast pace. If until mid-July fees fluctuated in the range of $0.4-0.7, then according to Blockchair data on September 2, 2020, a historic maximum was recorded — the average fee per transaction was $15.

Why are fees growing?

Among the main reasons for the rise in transaction prices are the popularity of the stablecoin Tether (USDT) and decentralized finance (DeFi) services. Every day there are more than 500,000 active addresses in the ETH network, which the network can hardly cope with. A large number of transactions with high fees crowd out those who set the fee lower. Thus, users are forced to increase the fee in order to receive their funds.

The Ethereum network has limited bandwidth. And the more resources are spent on smart contracts, the slower it works. Because of this, users have to raise fees to make their transactions go faster.

Solving the problem of high commissions

Ethereum developers are discussing possible solutions to the problem of high fees on the ETH network. The possibility of implementing a cryptocurrency protocol called EIP-1559, proposed by Vitalik Buterin and other developers, is being considered. Also one of the options considered by the developers is to create an Ethereum 2.0 update.

But so far this problem has not been solved, so it is not profitable to make exchanges for small amounts. Otherwise, there is a risk that the amount of the commission may make up a significant part of the exchange or even exceed it.