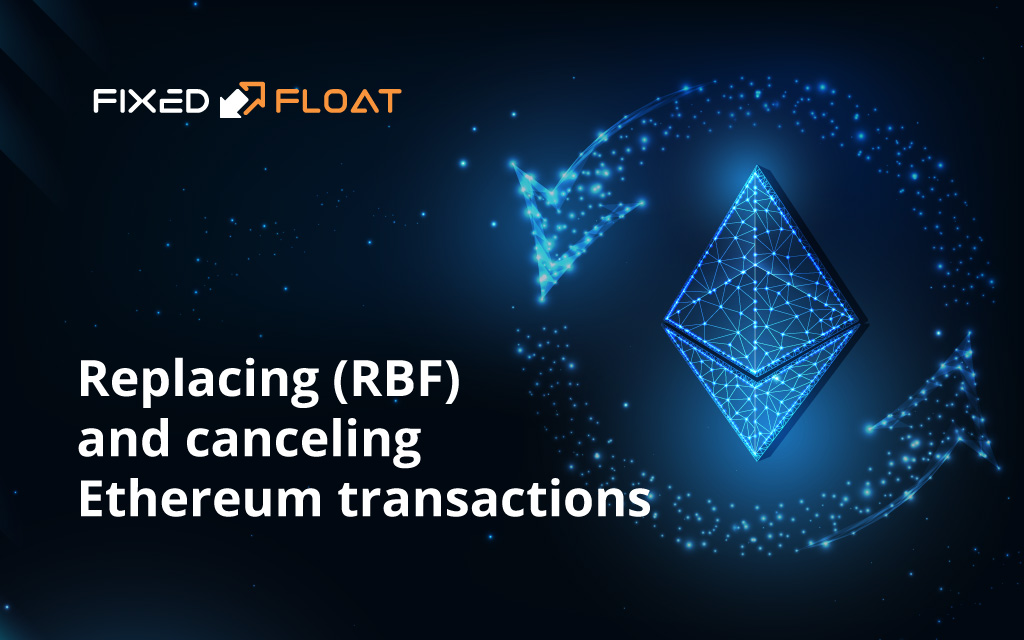 The difference between Ethereum and Bitcoin is that each transaction has a sequence number (nonce). Therefore, in order to use the Replace by fee function, the transaction to be replaced and replaced must have one number.

Nonce tells miners and nodes about the order of transactions and, accordingly, how to change the "account state". The first to be accepted is the transaction with the smaller nonce. If there are two transactions with the same nonce, then the one with the higher commission will be accepted.

In order to prevent the "passing" of the previous transaction, its extraction and inclusion in the blockchain, you need to create a transaction in the amount of 0 ETH to your own address.