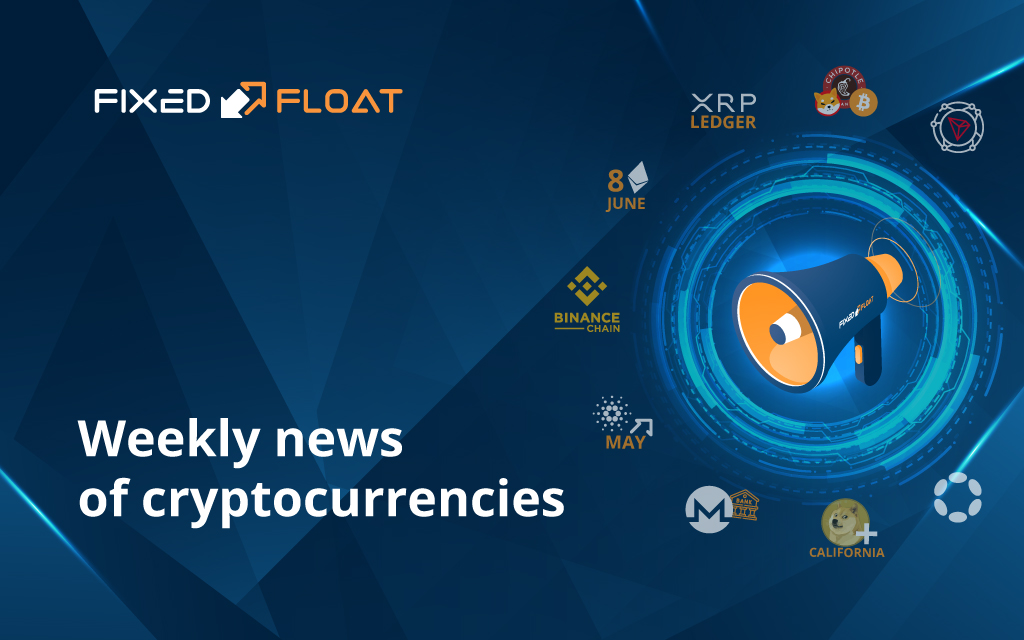 Bitcoin seems to continue its movement within the $32,300 and 27,900 range. That means that the overall bearish trend in the crypto market continues to hold sway over price as experts predict a little more downward movement before the upward turn. In other areas, the week was an eventful one, witnessing several new developments and upgrades on different networks, unfortunate blackouts, the continued global expansion of crypto adoption, and the resilience of the general crypto market and specific embattled networks in their fight to regain prominence, respect, integrity, and trust.

In the face of criticism over its centralized design and performance, BNB has responded with a pledge to interoperability and decentralization. The network announced its decision to merge the BSC and BNB Beacon Chain (Binance chain) with a promise toward greater interoperability and decentralization. BNB released the technical blueprint for these developments on Tuesday. In an official Twitter thread, the network stated that the highlights of its development would focus on making the layer 1 blockchain more decentralized, increasing the development of open source applications on the Beacon chain, and doubling its number of validators through the BEP-131 proposal.

Hope was rekindled this week over the Merge finally coming live. Ethereum announced this week that its launch of the Eth Beacon Chain is set to merge with the public testnet, after experts have anticipated the event for quite some time. The Ropsten testnet merge is set to happen on the 8th of June in preparation for the final Merge sometime this year.

The purpose of the Merge is the integration of the ETH2 Beacon Chain with the Ethereum mainnet, resulting in the much-awaited transition from proof-of-Work (POW) to Proof-of-Stake (POS). The official announcement came on Twitter, referring to the 8th of June event as a dress rehearsal in preparation for the real deal.

The Proof-of-stake system will eliminate the requirement for sophisticated hardware resources but instead rely on validators who are willing to dedicate and lock up their cryptocurrencies for a chance to participate in the authentication of transactions on the network. This will increase participation and promote decentralization and resistance to attack. The transition is also expected to reduce ETH energy consumption by about 99%.

In the spirits of interoperability and network expansion, Apex, a true Node-as-a-Service provider, is set to launch a fully insured bridge from Avalanche to the XRP ledger. The launch is scheduled for the end of August this year. The proposed development will allow users to transfer XRP tokens from the XRP ledger to the Avalanche network and other Ethereum Virtual Machines (EVM) networks.

May was a month full of positive achievements for the Tron network, despite the massive downturn of the crypto market. With its release and instant success of the collateralized decentralized stablecoin, USDD, making it top 100 on Coinmarketcap with over $667 million in circulating supply, Tron follows closely behind Ethereum and BNB chain by TVL at $6.17 billion.

As May rounds off, Tron's positive push is nowhere near dwindling as the network continues to find support from stellar organizations. Fireblocks, a leading global digital asset and crypto infrastructure platform announced support for TRX and TRC-20 tokens on its digital asset platform.

Crypto Finance, a subsidiary of Deutsche Borse, also pledged its support for TRX trading, custody, and storage on the Deutsche Borse network, just as Tron’s DAo Reserve had welcomed the corporation and backing of blockchain institutions such as Alameda research, Amber Group, Mirana, Multichain, Poloniex, FalconX, Ankr, TPS capital to mint USDD. More names are to be announced in the near future.

Despite a very rough may, Cardano experienced positive on-chain growth

The general bearish sentiment that continues to overwhelm the crypto community has had little or no effect on Cardano. The network continues to grow despite huge market failures. This general growth has encouraged a positive outlook around the network and added positively to the performance of the network.

Dogecoin might become a legal tender in the state of California

A California senatorial candidate, Ursich Jr., has promised that if elected, he will draft a bill that proposes the adoption of Dogecoin as a legal tender in California. The Candidate added that he would advocate for the mass adoption of the leading memecoin through the universal utility of the coin.

While it is not clear if Ursich Jr. Is simply playing a clever political game to secure the support of fans of the DOGE coin, the mere idea that Dogecoin might be considered for adoption as a legal tender in the state of California is a great one for the crypto community.

You can now purchase Monero from your bank account

As cryptocurrencies improve their ease of access and use, Monero has made it possible for users and prospects to purchase the coin through their bank accounts. In an official statement released by Monero.com, users can now use the deposit option to fund their purchases with fiat currency options.

The service is currently open to four major global currencies: the US dollar, Euro, Canadian dollar, and the Great British Pound. Through SEPA and SWIFT, prospects can deposit fiat currencies to Monero.com, as well as through Visa and MasterCard systems. The new service is available in most countries, excluding the US. However, the service will be available to customers who have passed the "Know Your Customer” (KYC) checks.

A top Mexican fast-food chain, Chipotle, will now accept Shiba Inu and Bitcoin, among other cryptocurrencies, as means of payments through Flexa, a digital payments platform. The payment service will be available at over 2,900 Chipotle outlets in the US. Cryptocurrency holders would now be able to pay for their favorite meals at Chipotle with their crypto assets. 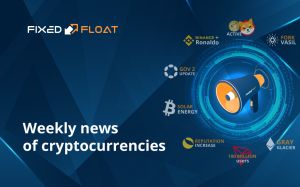