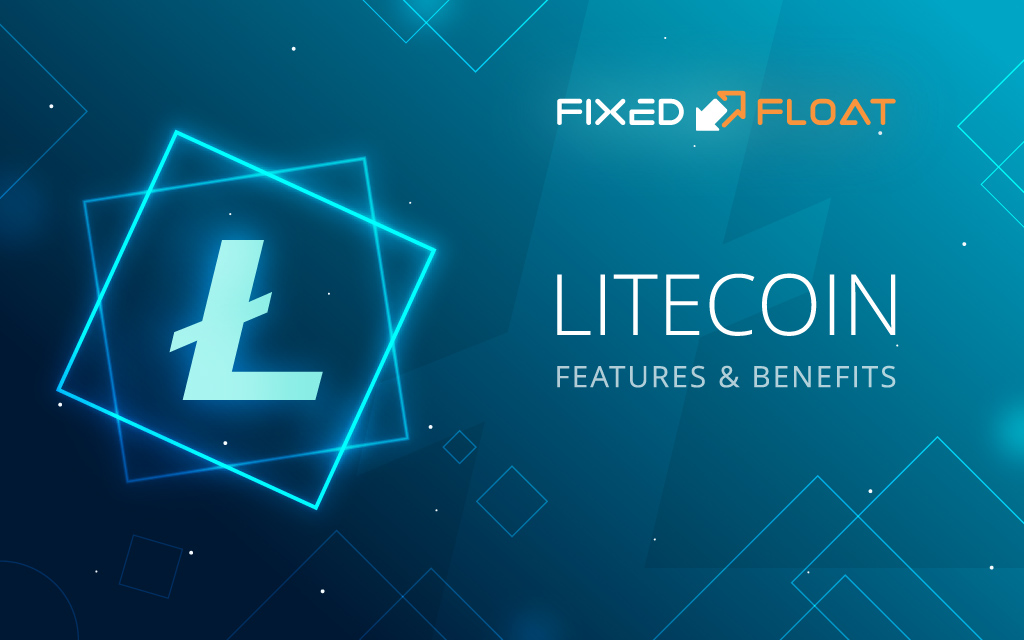 Litecoin is an electronic peer-to-peer cryptocurrency, created in 2011 by a former employee of Google, Charlie Lee, based on the Bitcoin source code (Litecoin is a fork of Bitcoin). In the crypto community, it is often referred to as "Digital Silver".

The main goal of the Litecoin developer was to improve the functioning of the Bitcoin system. Charlie Lee figured out how to reduce the time it takes to confirm transactions in the system. But this required changing the coin mining algorithm itself. As a result, different users of the system were able to participate in the process of obtaining cryptocurrency.

To understand the principles and prospects of the Litecoin cryptocurrency, let's highlight its features and differences from Bitcoin:

At the time of this writing, for each block generated, miners receive 12.5 Litecoin (LTC) per block found, and the amount of the reward is halved every 4 years (every 840,000 blocks).

In the Bitcoin blockchain, it takes an average of 10 minutes to create a block. In Litecoin, this parameter is four times lower and is 2.5 minutes. The operation is considered completed after the next six blocks are closed, that is, after a quarter of an hour. With the advent of SegWit, transactions are faster.

P2SH is an address type that starts with "3" and "M". In order to spend Litecoins sent via P2SH, the recipient must provide a script that matches the script hash and data, which makes the script valid.
LTC and BTC addresses were very similar, so the creators decided to create a new type of address with the "M" prefix to avoid errors from users.
Example (legacy format): 3LpLGam2zqr9abEhjsW7t99g81Bavt3wY7
Example (updated format): MT2UaUAzwxhaP6WbqkVThnQ5Shn2zYZEh6

All formats of the same LTC address are valid, however, in some cases it is necessary to convert them to another format. This can be done using the Cryptolocalatm service.

Bech32 or P2WPKH is an advanced address type that is used to reduce blockchain block size and to speed up transaction response times. Addresses start with "ltc1" and are longer than P2SH. Bech32 is the native addressing format for Segwit (although P2SH can also be a Segwit address), so usually people talk about using Segwit addresses means Bech32.
The advantage is the lowest transaction fees and high processing speed. The disadvantage of such addresses is that not all wallets and systems support it yet.
Example: ltc1qv43gel3n5hktls3tl0rpz3qrt98t0pavgaec9w