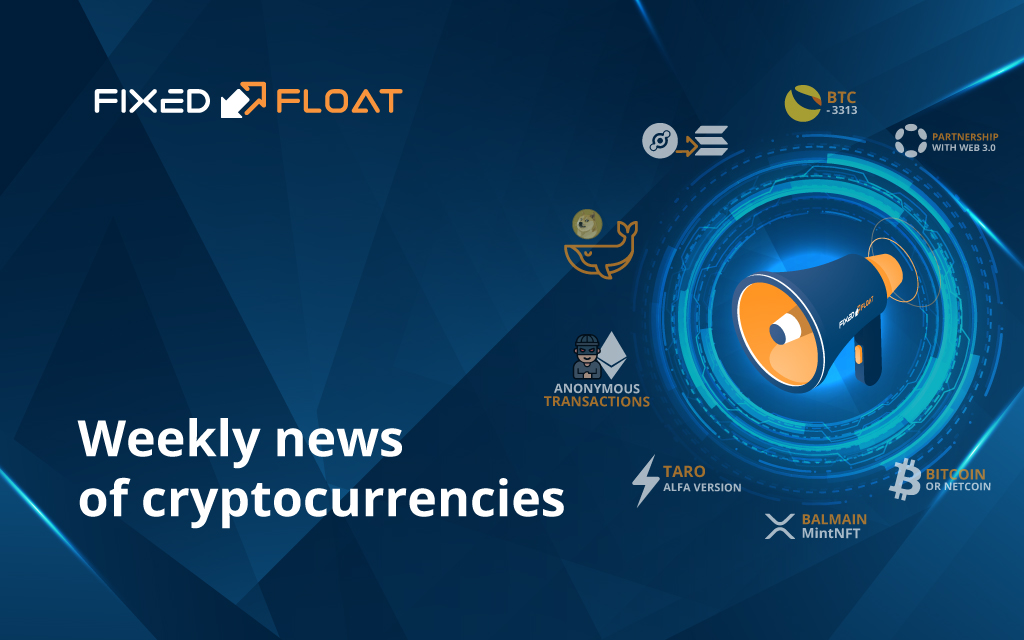 The week was relatively unimpressive for networks with recent upgrades, as the positive sentiments surrounding promised possibilities and new capacities still failed to push the price to new highs.

As cryptocurrency networks continue to upgrade their service capacity via upgrades to increase satisfactory service experience for users, Polkadot joins the likes of Ethereum and Cardano networks, who have deployed the Merge and Vasil Fork, as it announces a new path to scalability and more.

In its announcement on Monday, the Polkadot team revealed it would implement the asynchronous backing technology before the year rounds off to jack up transaction speed. The AB technology would be deployed on the Kusama chain for testing and audit before it gets deployed on the Polkadot mainnet. The technology will enable parachains to create blocks simultaneously as the relay chain. With Asynchronous backing, the Polkadot network speed will rise from 1000 TH/s, to about 100,000, to 1,000,000 transactions per second (TPS).

The infrastructure additions will also reduce block time for the parachains from 12 to 6 seconds. This will reduce latency and speed up on-chain finality. Finally, the upgrades will enable the reusability of parachains that fail to make it into the relay chain in the first attempt, thus increasing the capacity of the parachains and overall network performance.

Helium Ditches has abandoned its own blockchain in favor of Solana

On September 22nd, the Helium foundation officially announced plans to move the Helium mainnet to the Solana blockchain after overwhelming support for the process by members of the Helium community. Amir Haleem, CEO of Nova labs and co-founder of Helium, expressed optimism that the migration would be finalized before the end of 2022.

Haleem stated that the development team of Nova labs had begun modifying the Heluims off-chain oracles to ensure compatibility with the Solana network. The development team noted that the migration would make more Helium tokens available to more subDao reward pools, improve mining consistency and place Helium within a more vibrant ecosystem. In addition, Helium tokens and subDao tokens will become open to more excellent utility, and data transfer will be more reliable.

The migration is coming just days after Vova labs secured a partnership with T-mobile, one of America’s leading communications providers. The partnership will herald the launch of a crypto-based mobile service- Helium mobile- where users can earn cryptocurrency rewards.

Helium is a blockchain wireless communication protocol offering open-source coverage globally. The Helium mobile application will enable users to identify Helium dead-spots globally, share feedback on coverage quality and receive rewards for their participation. Helium’s decision to migrate to the Solana network points to the capacity of the network to support decentralized applications and its growing ecosystem for scalable and robust crypto-based utilities.

A leading French fashion giant has partnered with MINTNFT to champion an NFT-based membership program called “The Balmain Thread.” In an announcement on Twitter, MINTNFT announced the partnership, describing it as the first of its kind by a global fashion brand venturing into the Web3 environment.

The announcement revealed that Ripples XRP ledger would power the program "Additionally, the program will be live on the eco-friendly XRP Ledger (XRPL) by Ripple, a natively sustainable blockchain with fast transaction times and low fees."

The Balmain NFT thread will use Web3 technology to create a customized membership loyalty and rewards program. The thread will integrate rewards, voting rights, and access to live and virtual events to keep users on their toes. Txampi Diz, Balmain’s Chief Marketing Officer, expressed excitement over the project when he stated, "We’re excited about the future ahead, as the physical and digital continue to merge, offering new ways to introduce this house to broader audiences, as we build upon Olivier Rousteing’s determination to democratize fashion further."

As the crypto market continues to plummet to new lows, Dogecoin seems to be moving against bearish currents relying on the strength of its community. This week Twitter took notice of the Hashtag #DogecoinToTheMoon as members of the Japanese dog-themed cryptocurrency posted exciting memes cheering their favorite currency on its journey to the moon. Some even cited the Dogefather’s quote, "Fate loves irony," suggesting the dramatic turn of events for what started as a joke.

In a video titled "To the Moon," Musk in a black head gear explains how what started as a joke could morph into a pivotal centerpiece of an advanced financial system. According to Bonzai Trade analysis, Dogecoin’s price increase is not only due to its formidable community but also as a result of increased attention by Ethereum crypto whales. Bonzai data revealed that six more Dogecoin whales bought more Doge, valued at $620 million, suggesting an increase in whale activities for Dogecoin. Presently, the DOGE is trading at $0.06073 with a market cap of $8.057, 127,283.

Ethereum developers think about the integration of anonymous transactions

Tim Beiko raised the idea of anonymous transactions on Twitter. Users reacted with interest to the proposal. But do not forget about tough legal sanctions and government pressure on services that maintain privacy, as well as a number of exchanges have removed anonymous currencies. 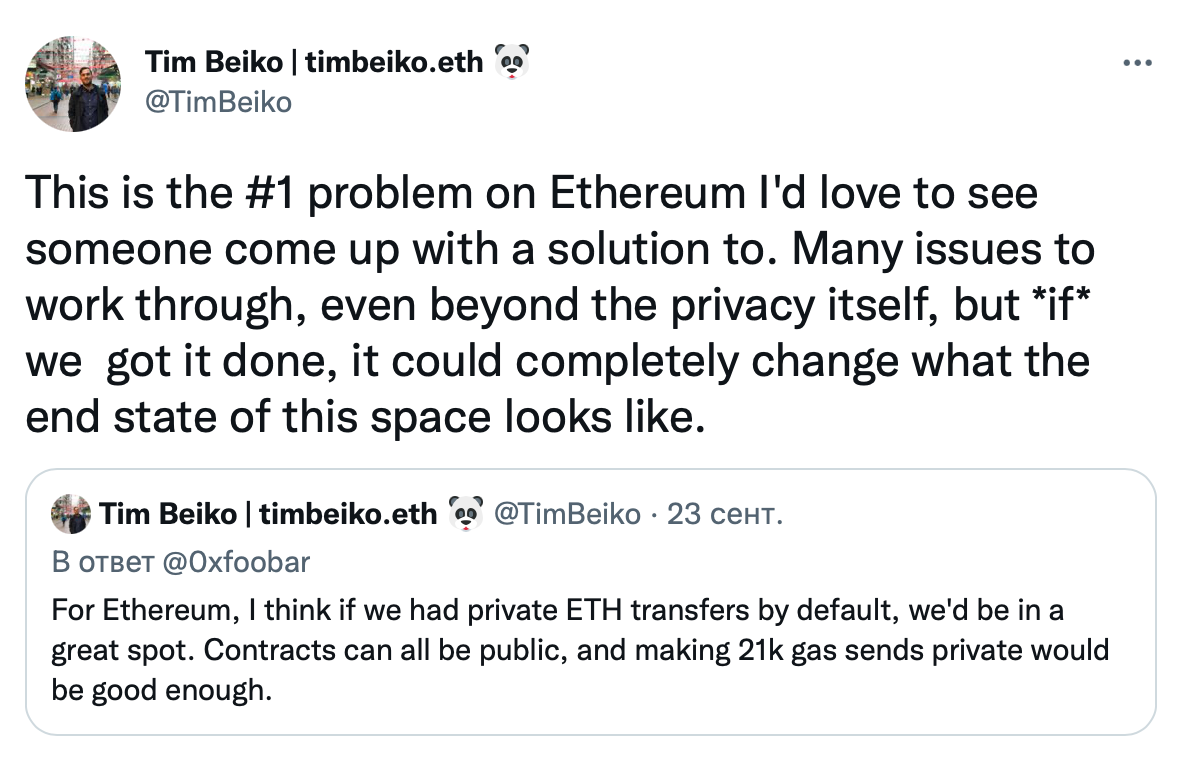 Allegedly, Do Kwon withdrew 3313 BTC from the Luna fund

South Korean authorities are asking cryptocurrency exchanges Kucoin and Okx to freeze 3,313 BTC allegedly linked to Terraform Labs co-founder Kwon Do Hyun, also known as Do Kwon. BTC coins entered the exchanges shortly after an arrest warrant was issued for Kwon in South Korea. The request to freeze coins was sent on Tuesday. The location of Do Kwon is still unknown. Earlier it was reported that he was in Singapore, but later the police denied this information.

Lightning Labs has unveiled an alpha version of the Taproot-based Taro protocol that will allow developers to issue assets such as stablecoins on the Bitcoin network and use them in applications on the Lightning Network (LN). The introduction of Taro aims to improve the performance and utility of the Bitcoin blockchain.

According to Lightning Labs, the Taro network will allow the creation of peer-to-peer Bitcoin and Lightning stablecoins that can be used for instant settlements, paying minimal fees. The alpha version of the protocol is available on the testnet. Over the next few months, the Lightning team will be gathering input from developers and the community.

Bitcoin could be called Netcoin

One not indifferent researcher found out that the Bitcoin currency could have been called Netcoin. According to AnonymousSpeech, a domain name selling service, the Netcoin.org address was registered on August 17, 2008. The next day, Bitcoin.org was purchased on the same Japanese service. The community assumes that the purchases were made by the same person or group of persons Satoshi Nakamoto.

Nothing was ever published on Netcoin.org, the domain was later bought by someone else. It is undeniable that the final name for the currency had an impact on its popularity. Many members of the crypto community claim that they like the name Bitcoin much more than Netcoin.