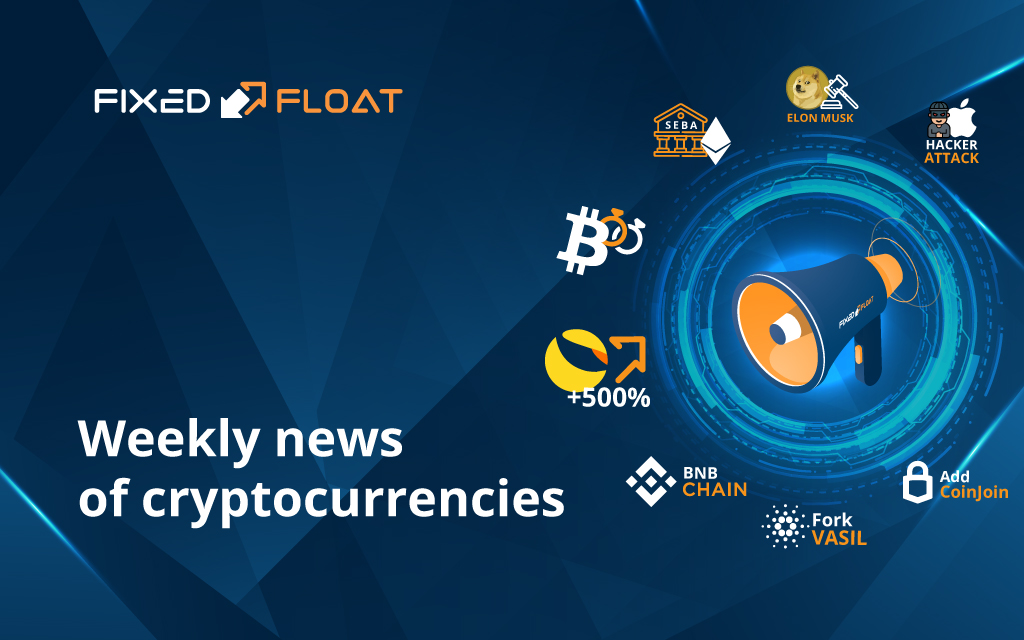 After a plodding start this week, the crypto market found its bullish footing as the week entered its closing phase on Friday. The general cryptocurrency market regained its $1+ trillion market cap reflecting its 5.50% value gain. The crypto community welcomes some of the most extensive upgrades on the Ethereum and Cardano networks.

As one of the most used Layer 1 blockchains with more than $5 billion in total value locked, the integration of zkBNB was informed by the need to increase the security of the network while ensuring faster transactions per second, instant finality, cost-effective transactions, and scalability through the use of ZK SNARKS.

With the implementation of zkBNB, the Binance team believes the challenge of network congestions and delayed finality would be significantly dealt with. This will eliminate long transaction queues and reduce the price of transactions hiked by network congestions, creating a better satisfying experience for users. Binance launched the testnet for the zkBNB on September 2 and is determined to integrate the technology into its mainnet before the year rounds off. Notably, the cryptocurrency market warmly received the launch of the ZkBNB testnet on September 2.

The cryptocurrency market never ceases to amaze its users. The Terra Luna Classic network previously received the v22 update, which brought back the delegation and staking functions, and also launched a mechanism for burning part of the transaction fees. Against the backdrop of such changes over the past 2 weeks, the price of the currency increased by 431%.

Terra Luna Classic (LUNC) moved up 200 places in the cryptocurrency ranking. In 24 hours, LUNC's market cap jumped by 31.78%, translating to $2.9 billion. LUNC had experienced a steady rise in the past seven days; however, its astronomical jump on September 2 saw the coin ranked 26th on CoinMarketCap, ahead of Apecoin, Monero, Tezos, and Bitcoin Cash, among others.

As the general crypto community patiently awaits Ethereum's Merge, Cardano is also counting down to one of the most significant upgrades yet on the network. The Cardano community is excited as Cardano's IOHK finally announced September 22 as the date for the much anticipated Vasil upgrades.

Dogecoin investors join lawsuit against Elon Musk and his companies

Elon Musk has been slammed with a lawsuit on the grounds that he operated a pyramid scheme via his support for Dogecoin. The plaintiffs' argument is that Elon's businesses deliberately trumped the price of the memecoin by about 36,000% in about 2 years and similarly crashed the price of the memecoin. Elon's companies named on the suit included SpaceX, Boring, and Tesla.

The plaintiffs added that Dogecoin had no intrinsic use-case value. Yet, Elon, fully aware of the fact, used his clout and social media influence to push the coin. The suit was first filed three months ago when a disgruntled Dogecoin investor, Keith Johnson, argued that the Tesla boss used Dogecoin as a racketeering scheme. This week, the suit expanded into a $258 billion legal issue, including six new defendants and seven new plaintiffs. That notwithstanding, none of Musk's companies included in the suit have made an official statement.

SEBA announced the launch of its staking services, which will offer industry-standard staking services that would enable its clients to earn rewards on the Ethereum platform through staking. In a press release, SEBA stated that its move was in response to growing demands from its clients to integrate digital assets services ranging from staking to decentralized finance. In the words of Mathias Schütz, SEBA's head of technology and client, "the Ethereum merge is an anticipated and significant milestone for the world's second-largest cryptocurrency, delivering improvements for its users across the areas of security, scalability, and sustainability."

Schuts further stated that their "by launching support for Ethereum staking, we continue to deliver our clients the cutting-edge technology they need to stay apace with the rapidly evolving digital assets industry." The bank aims to go beyond Ethereum in its staking services.

Hardware wallet maker Trezor and the Wasabi Wallet team have announced a collaboration to integrate the CoinJoin tool into devices. A new option will allow transactions to be randomly grouped for increased privacy and will be available in 2023. The Wasabi team commented on the collaboration, explaining that the work on strengthening privacy is a response to government oversight.

On the day of the presentation of the iPhone 14, unknown attackers, using an old interview with Apple CEO Tim Cook for CNN from 2018, launched the broadcast. It was displayed on the YouTube home page, and the video featured the BTC and ETH logos.

The maximum number of spectators was 70,000 people. The scammers tried to get viewers to click on a link leading to a dubious website advertising cryptocurrency scams. The number of victims has not yet been established. Within hours, YouTube responded to viewer complaints and removed the stream.

Lebanese dedicated his wedding to Bitcoin

Lebanese business engineer Saeed Nassar, a devoted fan of the first cryptocurrency, organized his wedding in a unique style, dedicating it to bitcoin. The decoration of the event was a stand with the image of a volcano dedicated to El Salvador, whose authorities recently announced plans to create a Bitcoin city near the volcano in the Gulf of Fonseca. The city plans to organize mining using the energy of the volcano.

On the tables in front of each guest was a QR code that, when scanned, showed instructions for setting up a wallet and using the Lightning Network. The guests then received 4,000 Satoshi each, which was $1.6 at the time of the wedding. Unfortunately for Said, not all guests followed the recommendation to use bitcoin. Out of 250 guests, only 75 followed the instructions and used the cryptocurrency for the first time. 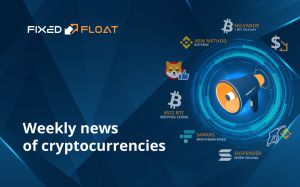