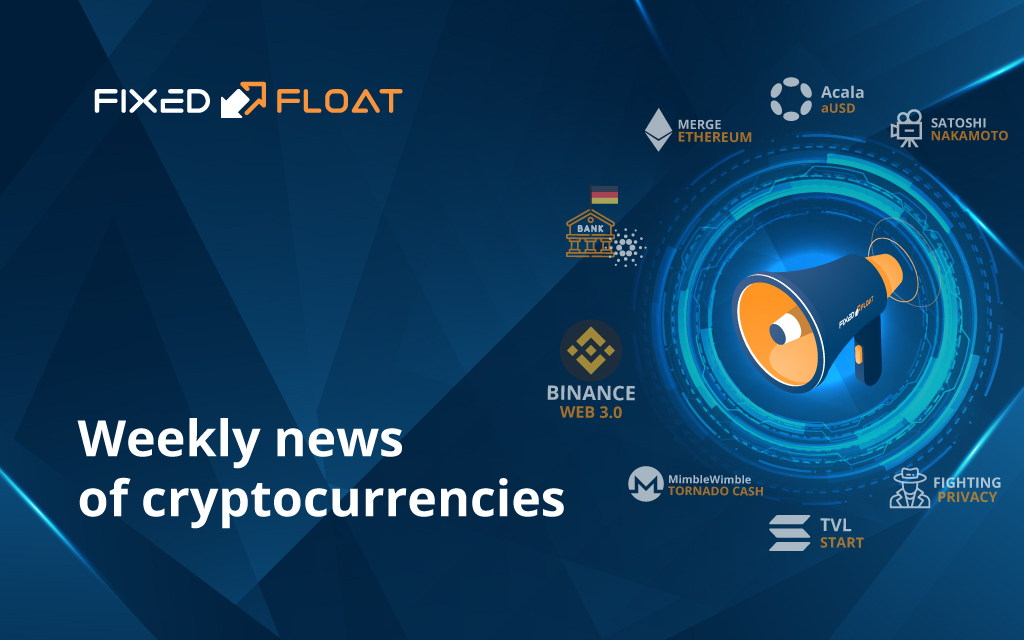 After three failed attempts to break above the $25,137 levels, Bitcoin continued its bearish descent with the rest of the market and like a wrecking ball, is fast wiping off all the gains built up in July. The crypto market, thus, just entered the last lap of a dangerous bearish relay marathon, according to prevailing speculative narratives.

Fortunately, cryptocurrency usage continues to expand through regional knowledge creation, technical development, partnerships, and charities, among others, suggesting that even amid a bearish winter, the crypto community remains resolute to come out stronger, better prepared, and flexible to withstand similar fates in the future.

Binance supports the crypto community by launching a Web3 course

To increase cryptocurrency/blockchain usage and adoption through knowledge and skills, the development team of the Binance network has initiated a regional Web3 course designed to provide knowledge and skills access to over 30,000 interested participants before the year rounds off. Gwendolyn Regina, Binance's Chain investment director, argued that the pivotal drive of the course is to increase blockchain developer skills, especially in regions with huge potential yet minimal capacities.

Based on the ideas of potential and knowledge capacity, the Binance chain has decided to launch its Web3 course in the Latin American region in partnership with Platzi, a Latin American-focused education platform. Over 51% of consumers within the region have interacted with cryptocurrencies at least once, according to MasterCard data, making the region lucrative and a potential hotbed for crypto expansion.

The initiative will provide quality access to Spanish educational resources for Web2 to become Web3 creators and developers on the Binance chain. The goal is to realize the potential of Latin America as a blockchain/cryptocurrency hub within the region and, in the process, expand blockchain and cryptocurrency development and usage by eliminating educational and knowledge barriers, which constitute the most significant obstacles in the region.

Cardano extended its coverage in another event as customers can now purchase Cardano investment products through major German Banks. The breakthrough came after a Valour partnership with Comdirect and Onvista.

The partnership carries vast possibilities for the Cardano chain as Comdirect, a brand of Commerzbank AG, is the third largest bank in Germany with over 3 million customers and access to over 46 stock exchanges worldwide. Moreso, the move would see Cardano strengthen its hold on the European crypto space and seize the opportunity to extend its reach through this huge achievement.

All is set for Ethereum merge, Ethereum developers confirm

After a successful deployment and test of the Goerli Testnet last week, Ethereum core developer Tim Beiko has stated that all I’s have been dotted and T’s crossed as regards the mainnet readiness checklist for Ethereum's Merge. The checklist provides a documented mechanism for developers to monitor progress and complete critical tasks such as software implementation, testing, document release, research, and testing, among others required for the successful deployment of the Merge scheduled for September 15.

In a tweet, Tim Beiko's revelation came on August 18, confirming the successful completion of the Merge mainnet readiness checklist. Beiko's tweet means that all that is needed for the transition of Ethereum (ETH) from the Proof-of-Work (PoW) to a Proof-of-Stake (PoS) consensus mechanism has been put in place, and all that is left is to simply count down to the Merge between Ethereum mainnet with the Beacon Chain.

Finally, the successful completion of the Mainnet readiness checklist suggests that developers align with pre-designed timelines.

Monero's Hard Fork went live last week, deploying a more robust privacy-focused blockchain with remarkable security. The Fork came to effect at the block height of 2,688,888 on Saturday, August 13. The Fork improved Bulletproofs+, increased Monero's Ring Signature size from 11 to 16, and improved view tags, among others. However, these improvements will only be accessible via updated nodes and wallets.

With Ring signature (the technology responsible for making transactions untraceable), the Monero network improves user privacy on the network. Bulletproofs+ reduced transaction size and increased speed which will deploy up to a 7% increase in network performance, while view tags increased the speed of wallet syncing by 30-40%. The upgrades also improved the Monero fee structure to provide stability.

You would recall that in a similar fashion, Litecoin had deployed its MimbleWimble upgrades on May 19, which met with very adverse reactions from the crypto community, especially, concerning the strict privacy strengthening of the upgrades. However, even though Monero's upgrades intensify its privacy designs and untraceability, the privacy-focused coin is yet to receive any adverse reactions to its recent network developments.

On Saturday, the price of the aUSD, Polkadot's algorithmic stablecoin, fell from its 1 dollar peg to 58 cents before returning to a range between 87 and 92 cents. It struggled within its new range until it crashed to a penny on Monday. Developers behind the project stated that a misconfiguration of the IBTC/ aUSD liquidity pool initiated the crash. The misconfiguration resulted in the erroneous minting of vast amounts of aUSD. Investigations revealed that unfair users minted over 3.02billion aUSD that were not collateralized adequately due to the misconfiguration of the IBTC/ aUSD liquidity pool; this started the de-pegging.

To remedy the situation, the Acala community voted to burn 1.3billion erroneously minted aUSD tokens, a solution that has seen aUSD rise back to the ranges of $0.77 and 0.75. The crypto community, however, points to the fact that only 1.3 billion out of 3.022 billion were burned, leaving 1.7 billion in the addresses of perpetrators, In response, the Acala network has stated in a Twitter remark that unfair players involved in the scheme would be penalized.

The Aztec Network exchange froze the account of a user who transferred funds through zk.money, a private second-level blockchain provided by Aztec Network for Ethereum. The service evaluates DApp as a high-risk transaction mixer, which is contrary to the rules of the exchange. The exchange has warned its users that continued use of Aztec Connect will result in account suspension.

The foundation stated that gas prices remain a function of network demand and capacity, factors not directly impacted by the Merge. Users who desire low fees are encouraged to use layer two (L2) scaling solutions. However, the Ethereum network will deploy upgrades such as the Surge, Verge, and the Purge after the Merge. These upgrades would impact scalability and other vital areas that impact scalability and capabilities, suggesting a possible impact on on-chain fees.

13 years after the creation of Bitcoin, the question of its creator remains unanswered. The identity of a certain Satoshi Nakamoto is still associated with many theories, assumptions and conjectures, but nothing is known for sure. Director Chris Cannucciari is going to raise money for the creation of a new feature film I Am Not Satoshi. The film will examine the theories of some of the detectives who have been searching for the person or group of people behind the creation of Bitcoin. Anyone wishing to support the creation of the film can purchase special tokens on the Republic investment platform. 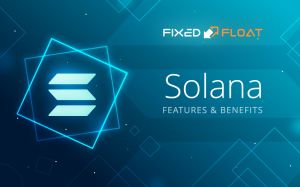 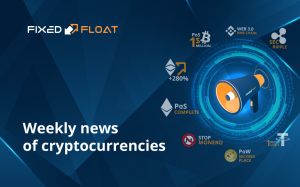 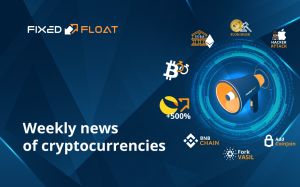