The week opened with what would turn out to be a medley of positive and negative events. Within the same week, the price of BTC saw a spike above $40,000. This came after the Federal Reserve Chairman, Jerome Powell, raised the interest rate by half a point and added that a contraction is slated to begin in June. As the price hit above $40k, hashrate (the total computational power used by miners for proof-of-work on the bitcoin network to process transactions) reached a new all-time high at 221EH/s.

In other news, Gucci is to begin accepting bitcoin in its stores. The fashion brand is set to roll out the payment gateway in its US stores and other stores across North America. Payments would be made within Gucci stores through QR codes, which allow customers to scan with their crypto wallets. The store will accept cryptocurrencies such as Bitcoin, Ethereum, Litecoin, Dogecoin, and Shiba Inu.

Co-founder of blockchain.com and Bitcoin Cash, Roger Ver, has stated that Dogecoin is significantly better than Bitcoin, the apex cryptocurrency. Ver's argument is based on his belief in the technological superiority of Dogecoin, which helps the network to facilitate faster and smoother transactions compared to Bitcoin. He added that Dogecoin is more reliable and cheaper. He remarked that he would choose Dogecoin, Litecoin, and Bitcoin Cash as the world's dominant cryptocurrencies if asked to do so.

This week, Bitcoin Cash continued its mild bullish run as it gained 2.5% on Tuesday after a price decline of 9.96% at the week's opening, only to return to its previous low at $272.58.

Recent updates on the Cardano network

Over the week, Cardano continues to improve its infrastructure, and some of the most important updates that you should know about include the following.

The Cardano network has partnered with Liquid Finance. This partnership makes it possible for Liqwid Finance users to use the protocol’s native token, the $LQ, to complete transactions on the CardanoHub.

Secondly, the Muesliswap, a top Cardano Dex, completed its first improvement installment in a bid to switch to the Muesliswap version two. The new version would make it possible to match orders for transactions irrespective of their sizes, thus eliminating the weakness of version one, which only matched orders equal in size. This will improve the ease of transactions and promote liquidity.

Thirdly, Wenchain and Cardano have enabled interoperability between the Cardano mainnet, side chains, and other blocks. Wenchain will provide the cross-chain bridge, which will serve as the EVM side chain to Cardano.

Finally, Cardano has launched a new version of the Cardano App (V4.0.0), packed with new compatibilities and smart contracts.

On Monday, Banco Galicia, the largest private bank in Argentina, stated that it would offer its customers the platform to participate in the crypto market through the bank’s application.

This is coming after a poll showed that 60% of Argentina's population is interested in cryptocurrencies. The bank will offer buying and selling services on crypto-assets such as the Bitcoin, Ethereum, XRP, and USD Coin at the service's launch. Experts say Argentina may follow in the footsteps of El Salvador and legalize the use of cryptocurrencies nationally.

Ethereum will put off its planned hardfork (the process of updating and changing the protocol, which can lead to separation into two separate networks) and focus on completing its transition to the Proof-of-Stake (a technology in which users lock up their assets in order to be able to verify transactions and receive a share of the reward) from the Proof-of-Work technology (a technology in which miners use their computing power to confirm transactions in exchange for an ETH reward). This is in line with the deployment of ETH 2.0, which will increase transaction speed, reduce gas fees and generally expand the Ethereum ecosystem.

Litecoin is experiencing some shit storm presently as it sees very poor market price performance. In the first quarter of 2021, the trading volume for the coin was at $674.9 billion. In contrast, the trading volume for the crypto asset within the first quarter of 2022 is at a shocking $82billion, a whopping 87% decline from the 2021 trading volume, which translates to about $592 billion in the price drop. This drop is attributed to the general bearish sentiment across the crypto market and is likely to take a turn as the crypto market assumes a bullish momentum.

Over 20 billion Shiba Inu have been burnt

22.5 billion Shiba was destroyed by its Burn Portal this week. To continue its record price increase, Shiba holders have thrown their weight behind the just introduced Burn Portal.

The process is often carried out to reduce the number of coins in circulation and, in the process, increase the value of the remaining assets. Burning in crypto means permanently removing tokens from circulation by sending them to a dead address or to a crypto wallet from which they cannot be retrieved.

Tron has seen a steady price rise this week, with a 17% spike over the last 48 Hrs. This is coming after the network launched its USDD stable coin and its Decentralized Autonomous Organization (DAO) reserve.

However, it has been a volatile week for the crypto market. This week, Polygon was among the biggest losers, which fell 14.5%, while Tron became the leader of growth with a gain of 17%.

This week rounds off with very exciting news. Gavin Newsome is in the news again. The California Governor issued a new executive order on cryptocurrencies this week. The order lays the path to crypto adoption, regulation, and protection within California. Some of the provisions of the order are to create transparency and a healthy environment for the emergence and support for businesses that leverage the opportunities afforded by cryptocurrencies. 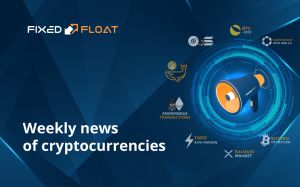 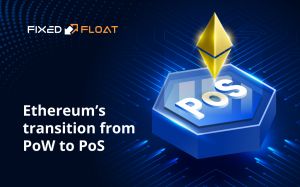 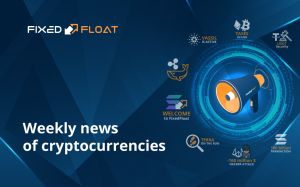