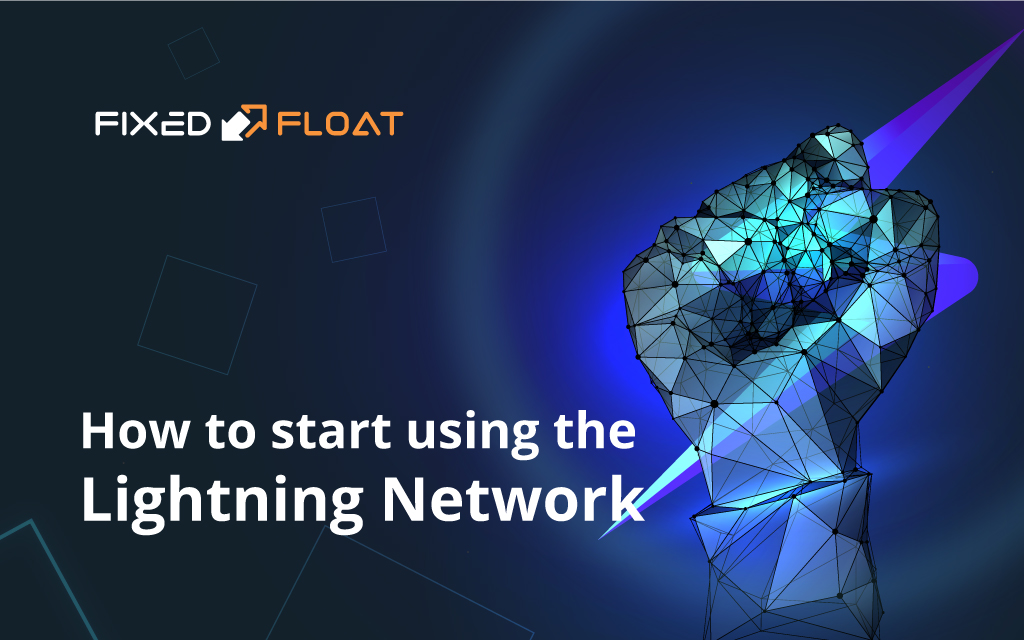 The Lightning Network is a blockchain-based payment protocol that is a network of nodes and two-way payment channels. The network allows users to conduct transactions among themselves without wasting time writing information to the blockchain.

To start using the Lightning Network, you need a wallet that supports it. When choosing a wallet, it should be borne in mind that each of them has its own characteristics.

In order to choose exactly the wallet that will meet your requirements, it is recommended to pay attention to the principle of its operation with nodes.

There are 3 types of work with nodes in wallets:

The table shows the most popular wallets that support the Lightning Network.

When using your own node, there are two ways to fund your account:

If you are using a common node, then you need to send BTC or Lightning to its address.

If you have another cryptocurrency, FixedFloat can be used to fund your wallet by exchanging coins for BTC or Lightning.

A free Lightning airdrop is available on FixedFloat exchanger. To do this, you need to fulfill one condition — subscribe to our Twitter account. Instructions on how to get 1 000 Satoshi in the Lightning Network to your wallet are available here.